Always seeking to make the complex more elegant. What did you discover today?

Our grandparents traded bottle caps in hands of poker. A hodge-podge group of makers repurposed the same discs for wheels in a floor-creeping robot.
List of ingredients:

"You don't learn to walk by following rules. You learn by doing, and by falling over." — Richard Branson 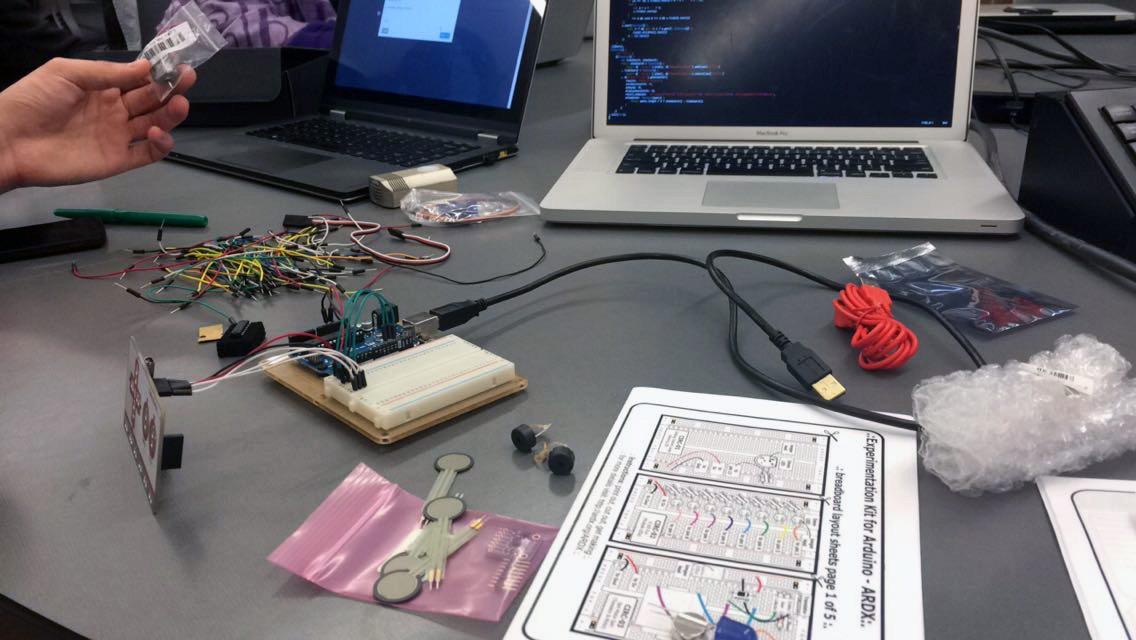 With little direction, we cracked open some antistatic packs and started throwing wires together. A Makey Makey sat before us and we started looking into the programming libraries to access data on the board. 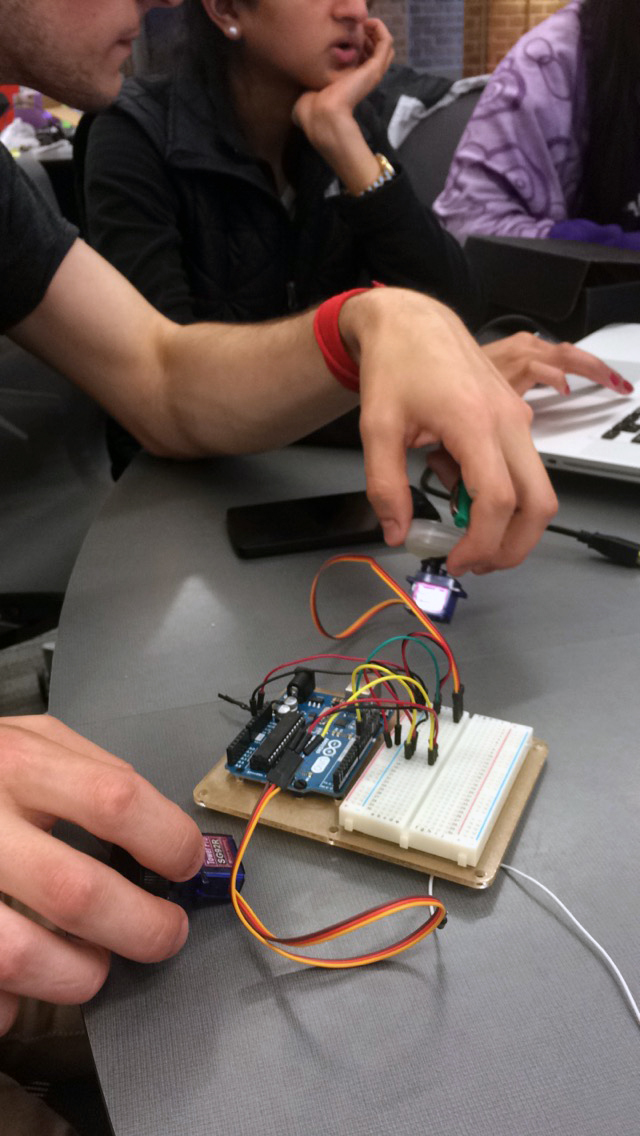 Some code was pushed to the device, Servos were connected to the appropriate pins, we had turning motors! Servo motors max out at half-rotation turns to support long-term reliability. Continous motion servos are not too hard to modify, but working around this challenge on our gear was more thrilling!

Two motors, moving in opposite directions — out of phase — was our first attempt at creating a robot that would crawl across the floor. The friction was too low and our traction was non-existent. Rotating the wheels at the same rate and direction along with a tail-like hook brought the most success! The bot moved forward, and when the wheels reversed rotation, the hook provided a stop-gap to prevent backward movement.

A buzzer was configured to emit beeps with our robot's forward progress — a cute display of the bot chugging along the carpet.

This quick hack required some quick thinking, pivoting on ideas and shipping out an entertaining product. As with Duncker's candles, humans overlook the details. In our case, a water bottle was a necessary addition to our supplies. Salvaging the environment around tears apart the idea of an immutable situation. Did the robot represent a critique on society? Could it solve any real-world problems? No and unless the problems were ant-size, then no to the latter as well.

A finished canvas portrays a unique perspective. Recycled plastic packaging takes a stance on the environment. In this case, the most meaningful aspect of the robot was the process. We stumbled a bit and then we rolled all over.